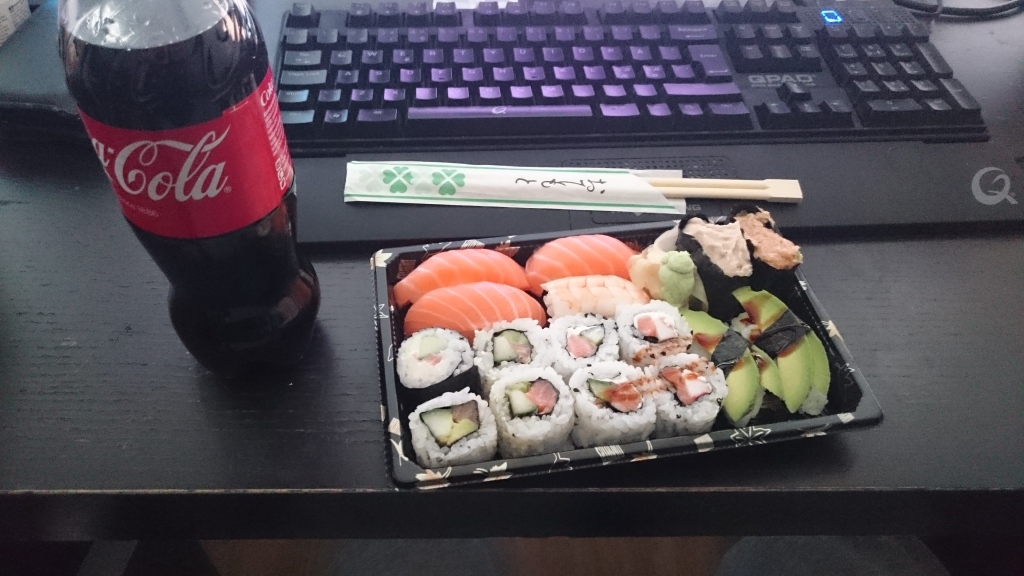 When me and my girlfriend visited Turkey we finally learned to like sushi. I've never had as good sushi as we had there.

But to the main topic of this post, home delivery!

I've cursed the fact for a long time that even though I live in the most populous area of Helsinki (Kallio / Sörnäinen), I couldn't get practically anything else than pizza and kebab delivered. There I was, really hungry, willing to pay a bit more money than feels sensible just to get something delivered, and no one is willing to take my money. It felt like it was the stone age. There was one Chinese restaurant that delivered, but it always took really long, once something like two and a half hours, which makes it not really an option when you're already hungry when ordering.

I was wondering maybe it was because it was just too difficult to make the deliveries profitable, or maybe for some weird unknown reason restaurants weren't okay with their food being delivered? I really don't know.

Typing this I ended up poking around the mobile application to see if they still deliver at 9PM, and ordering was so easy I half-accidentally ordered a sandwich from Subway. It cost like 15eur which is almost double the price of one 30cm sandwich normally. But now I have more time for typing this. It might not be worth it every day, but at least the option is there.

This is the future! I love it.

Rabid prototyping
—
Home delivery is the best. Sushi is alright
Share this