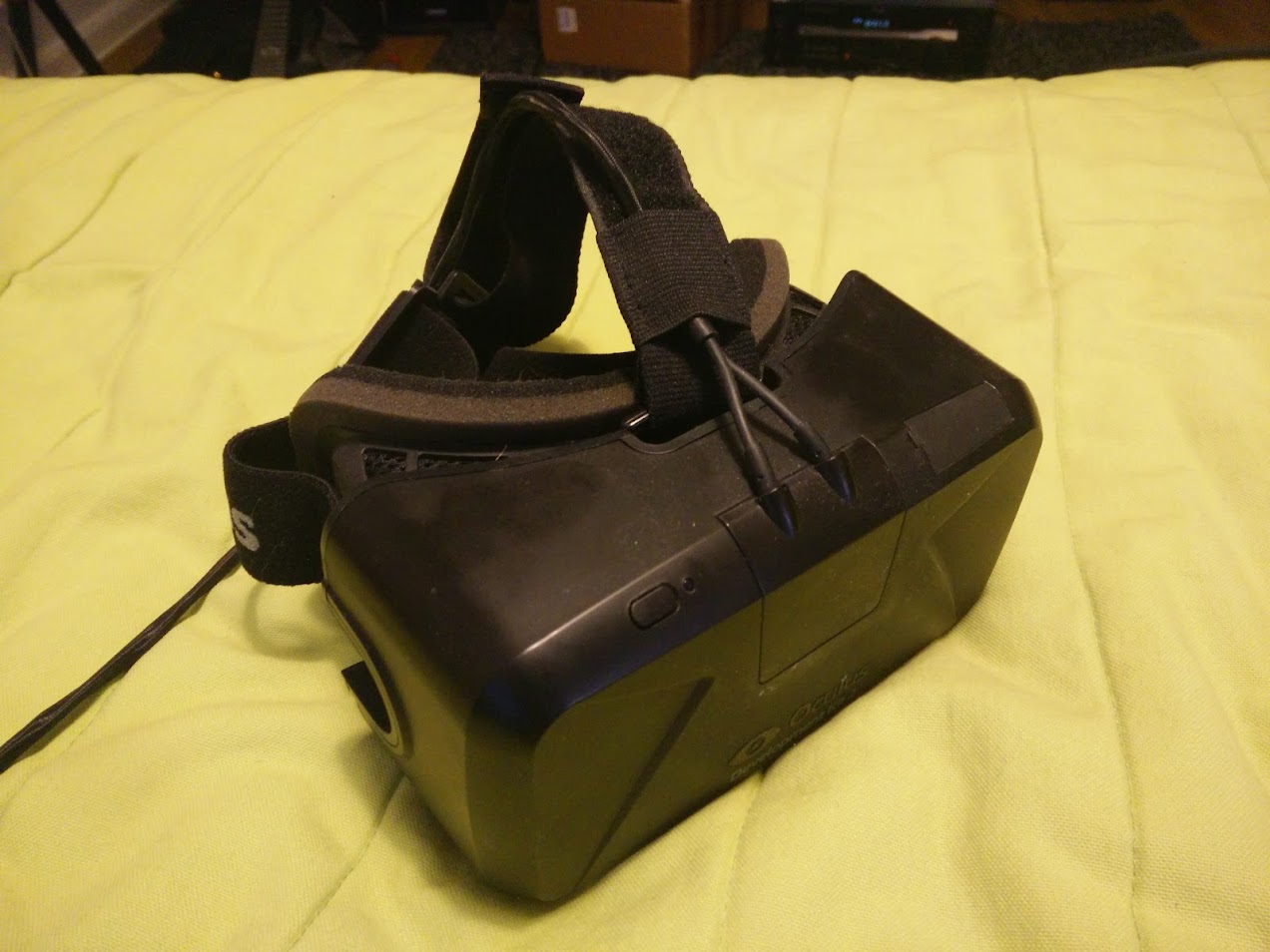 They go on and on about people wanting to just relax on their sofa and play games without turning their heads. I think it's funny they seem to hate VR for some reason, but only have the easiest arguments to counter. There are some difficult issues to be solved, and they're mostly related to performance and resolution, but let's come back to that later and start by destroying the easy one out of the way.

The comfortability battle of using a TV versus using a VR headset is pretty quickly solved in favor of VR by noting that with a headset, you can just lay in your bed or on a sofa in any position you'd like without having to try to keep your eyes towards the TV and in the same orientation as the TV. So it's kind of like having the TV do the moving for you, not you moving for the TV. To combat the nausea from having a still image taped to your face, I'm imagining an animation where after you stop turning your head when you've found a good new position the virtual screen in your watching application will grow legs and walk and reposition itself at the direction you're looking at now.

This fact alone already enables you to ditch the awkward holy trinity of a TV, sofa, and a coffee table, and clear some space for the other nice stuff in your apartment (like more sofas). With the goggles you can set up a makeshift digital entertainment observing station anywhere you've placed something soft. Alternate between standing and standing on your head for all I care, this time the picture won't be upside down half the time.

As for the weight of the goggles, they're pretty light and well-balanced. Also luckily your head is made of bone so you can strap the headset pretty darn tight before it feels uncomfortable. This makes it feel like a part of your head instead of something hanging from your face. And if your head is already heavy, just try faceplanting into your bed once in a while.

So far we've mostly talked about comfortability when doing passive things like watching TV series etc. Let's tackle some other applications. As someone who lives and breathes programming, that's where I could use new groundbreaking stuff the most. So let's try to think of something where VR could help programming.

As we know, as a programmer you usually have a bunch of browser windows and an editor open. What do you call that setup for a single project? Let's call it a workspace. Now let's draw inspiration from the old physical counterpart of a workspace. Let's imagine you had a mansion in which you have a separate room for every project where tools and materials are stored and can be left where you last used them. Let's bring that to VR.

Make the corner of your living room where you have that nice big comfy armchair next to the bar the place where you configure your project because fighting with that custom DSL simply sucks. You can just leave the browser window with the page open where that obscure program's weird switches are documented floating to the left and the config file to the right. Configure the s*** out of that and when you're done, walk to your sofa. Looks like this is where you worked on the server backend and were a bit messy plus you started to just watch Netflix at some point. Let's throw the Netflix back next to your bed where it belongs and continue working. I could just keep going. but I think you got the point.

If you're not a programmer, think about sculpting. Think about planning a city or a home where you can actually walk inside the model with things in their correct proportions.

We do have to step on the brakes for a while though, there are some technical challenges that need to be overcome before this is a reality. The good news is: we are not far. From playing with my DK2 I think the biggest problem is that text isn't really readable at current resolutions, which for the DK2 was 1920x1080 split for two eyes. There already are 6" 4k displays. It's just a matter of time before they reach headsets. The first mobile phones with 1080p resolution reached the market sometime around 2012 and DK2 was released in 2014.

Graphical performance, especially for games is an issue. For this we have an old saying here in Finland among computer enthusiasts:

(okay it could be an international thing as well, I haven't visited demoparties outside Finland)

For those not in the know, it's what people in the demoscene shout randomly at demoparties because they like Amiga and they're drunk.

What I'm getting at, is we've dealed with low pixel counts, slow performance, lack of bandwidth, too small memory, etc. problems for a while already. And the only thing it took to get past those was time and effort. Only this time around we've already done it once and it'll take less time. Also this time we'll have the resolution, we just won't have the performance to put anything complex into those pixels. So we can just do simple stuff while we wait for the performance to get where it needs to be, it already looks good though when you style it enough. Minecraft was my favorite VR experience on the DK2 by the way.

By the way, for example AMD has made estimations on what is needed for truly immersive VR. And we're talking about the level of immersivity here where you're not sure what's real and what's VR anymore. And the numbers don't look that high. Unless we hit a really difficult roadblock, which I think we won't, it'll easily happen within our lifetimes.

One of the best write ups of VR experiences I've read mentioned that what was truly wow about the whole experience was when someone was mapped into your game, and they picked up a controller or something. The human-like swaying of the avatar of the other player looked disturbingly human. Somehow he just knew it wasn't just an animation anymore, and this was just from the fact that someone held an object in the air that was mapped into the game.

Adult entertainment -- There are a lot of lonely people out there. And this is exactly the kind of thing where VR absolutely shines.

Arcade -- Stuff a bunch of VR goggled and position tracked people into a labyrinth with plastic guns. Do you have any idea how many people go to amusement parks? Only for these VR things smaller venues will suffice than whole parks. You can just emulate the roller coaster.

Given the endless new possibilities VR can offer. Can you really predict right now that given the unprecedented pace at which new inventions are made and put to use, VR is still completely certain to fail this time around? That there is simply no way it could offer something promising enough as it is to prove it's potential and make people push over the current technical limitations before we get to the truly groundbreaking stuff? If so, I don't agree with your predictions.

We'll explore how to use cluster (from the standard library), GraphicsMagick, and streams to efficiently process images without slowing down or blocking the Node.JS event loop Skip to the end if you

Rabid prototyping
—
Virtual Reality will not flop -- traditional games might not work well, but you're missing the point
Share this